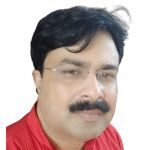 Celebrity Astrologer having more than 15 years experience in Vedic Astrology. Accurate & to the point predictions are his forte. Regular contributor in media channels .Speaks English & Hindi. Click Here to Book a Phone Consultation.

Capricorn is a cardinal earth sign ruled by Saturn, which is a neutral airy planet. Jupiter shares a neutral relationship with Saturn. Hence, there are indications that this will affect the placement in a negative manner. Jupiter is in debilitated state in Capricorn and hence, it will be unable to express its positive features in this combination due to malefic influence of Saturn. In the professional areas of their lives, these natives tend to be ethical, moral and disciplined. These individuals have great judgment skills. Hence, these natives can be brilliant in the fields of law, science and medicine, especially surgery.

Jupiter in Capricorn placement tends to make these natives ambitious and determined. These individuals are very compassionate and kind. They have a pure character who are also affectionate to their relatives. They tend to respect the elder members of their family. Their intellectual abilities might not be fully expressed but they will compensate it by hard work. These natives will not get immediate financial gains despite working hard. This delay is caused due to the influence of Saturn. Jupiter bestows its spiritual instincts, but Saturn’s influence affects the religious demeanour of these natives. These natives tend to focus more on service and their work lives with a strong drive to achieve power.

Jupiter in Capricorn placement indicates that there will be troubles regarding wealth accumulation and savings. Since Jupiter is the planet of wealth and when it is in debilitated position, it is unable to provide the abundance in its natural form. These natives will encounter obstacles and hindrances regarding profits and gains. However, if Saturn is well placed and dignified, then these natives will be able to garner significant gains and earn much wealth. This is also due to the 2nd disposition as Jupiter is placed in the 2nd house (house of wealth) from its own sign, Sagittarius. Hence, these natives can come out of their financial hardships and recover greatly to become wealthy.

Jupiter in Capricorn natives can reach higher positions in life by achieving great social rank and reputation in life, however, they will not be inclined towards spiritual pursuits. They tend to have a strong urge to achieve greatness on a material plane since they are desirous of materialistic possessions. However, if Saturn is undignified in this placement, then it makes these natives immoral, unjust and characterless which ultimately leads to loss of reputation and social status. Jupiter indicates higher wisdom and spirituality. Hence, with a weakened or debilitated Jupiter, it is difficult for these natives to evolve and grow on a spiritual plane of thought. These natives tend to be more focused on their social status than their inner soul and spirituality. Since these natives are concerned about their reputation, they are intensely desirous of achieving public fame. An undignified Saturn indicates that these natives will be spiritual however, they will utilize their higher wisdom for incorrect purposes. However, if Saturn is well placed or in Parivartana Yoga with Jupiter, it enables these natives to become spiritually enlightened and extremely intelligent regarding philosophy and other higher wisdom. This also ensures that they will use their wisdom for pious and noble pursuits in life.

Jupiter as the planet of fortune and luck fails to bestow these natives with easy success and luck since it’s in debilitated position. Hence, the individuals with this combination are required to struggle hard in order to attain their goals and desires.  Jupiter also forms a 11th disposition from its own sign Pisces, which makes attainment and fulfilment of desires very difficult and troublesome, when Jupiter is weakened or fallen. Hence, these natives tend to experience a lot of delays and have to work hard in order to succeed.

Jupiter which is also the planet of religion can decrease the amount of faith in these natives due to its debilitation. This produces a contradictory effect in which they always seek scientific proof for every spiritual fact. Due to the fallen Jupiter, these natives will often be unrighteousness or lose their moral compass since they will not have the capacity to understand the higher wisdom, righteousness and true ethics of life. However, if Saturn is strong or dignified, then it has the power to save these natives from following an immoral and evil path and also enable them to lead righteous life with compassionate attitude and behaviour.

Since Jupiter is placed in a sign Capricorn, which is known for law, order, rules and regulations, these natives tend to dislike such laws. This can make them feel restricted as they would rather prefer to live life on their own terms. In the matters of discipline, routine and order, these individuals tend to become rebellious and will lash out their anger at the people who advise them on the same. This would also lead to very risky and dangerous consequences when they try to break these rules.