Venus in Cancer or Venus in Kark Rashi 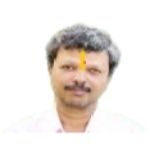 Cancer is a water sign ruled by Moon, which is a feminine watery planet. Moon shares an inimical relationship with Venus, which is also a feminine watery planet. Hence, individuals born with this placement of the strong influence of the water element and have a fast flow of feelings since water indicates emotions and feelings. They tend to be very sensitive and get attached to people. They are vulnerable in love since they can be easily flattered and can get hurt. They tend to trust others easily and they are also optimistic in the matters of love and romance. They do get attracted to the opposite sex. In addition to the above, their personality is magnetic which can be a powerful force of attraction. They are also very sympathetic to others.

Venus in Cancer natives tend to be wise, learned, scholarly, strong, virtuous and powerful in terms of social and professional success. They have a strong desire for creative and artistic pursuits. They will do brilliantly well in creative fields such as arts and beauty. They also love to earn a lot of wealth and also be happy in life. As per the ancient scriptures of Vedic Astrology, these natives will usually face troubles and hardships due to their strong affinity towards women and wine. They can be very moody and unpredictable too. Hence, there is a need for these natives to be emotionally stable and strong. They should avoid the habit of sulking and self-blame.

Since Moon shares an inimical relationship with Venus, its enmity ca be neutralized or cancelled if Venus is placed in 2nd, 3rd, 4th, 10th, 11th and 12th signs from Moon in the natal birth chart. Since Venus in undignified in this placement, it damages the significance of 10th disposition such as discipline and responsibility. Hence, these natives tend to be passive and do not like to take much action in their lives. This also means that they will not be active or responsible in their daily lives. They tend to overlook important things in their life which can lead to bigger issues. Since the natural 3rd disposition is weakened in this placement, it indicates that these natives will lack courage or physical strength which makes them passive. However, if Moon is dignified and supports weakened Venus, then the natives can regain discipline by their strong and stress-resistant mind. A strong Moon enables these natives to become socially renowned in areas such as beauty, fashion, design, glamour, luxuries and all which belong to Venus.

Venus in Cancer natives tend to be emotional in love matters and value security in their relationships as per the principles of Vedic astrology. Their emotional stability is highly dependent on the condition of their relationship. These natives will become unstable when there is insecurities and instability in love matters, which is caused by the undignified Venus which is the planet of love and marriage. These natives tend to be highly possessive in love which makes them get overly attached to their romantic partners. This also makes them emotionally weak. However, if Moon is dignified and strong, then it can make the natives mentally strong and overcome their insecurities since Moon is the planet of Mind. When enmity between Moon and Venus gets cancelled, then it can make the natives enjoy stable relationship with their partners who will give them plenty of emotional security through nurturing and protection.

Venus in Cancer natives can have their courage or valour compromised due to the weakened Venus in this placement. Cancer is a cardinal sign which is all about initiation, great force to begin and keep things going. However, with a weakened planet, Venus in Cancer natives tend to be restricted in their risk-taking abilities and action. They will have a plenty of hesitation which prevents them from taking any definitive actions. If Moon, the guiding planet to Venus, is well placed, then natives will be encouraged to act and risks which ultimately enables them to succeed and lead a comfortable lifestyle.

Moon generally governs the mind. Hence, Cancer, ruled by Moon is very attached character in the zodiac. However, as Venus is undignified in this placement, these natives tend to be constantly worried and stressed due to lacking enough luxuries in their lives. Since they also lack the personal courage and risk-taking abilities, they will be unable to acquire these luxurious items themselves. Their emotional security is also dependent on the presence of these luxurious articles in their life. However, if Moon is dignified, then it improves the financial condition of these natives greatly. A strong Moon in this sign can bless these natives with a secure, comfortable, and cosy home. In the matters of wealth, Venus in Cancer natives tend to be possessive since they have concerns about their lifestyle. They are naturally inclined towards the accumulation of wealth since their peace of mind must be able supported by financial security.