Saturn in Taurus or Saturn in Vrishabh Rashi 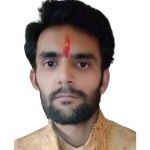 Saturn shares a friendly relationship with Venus which is the ruling planet of Taurus. Saturn is the lord of Karma. This planet represents hard work, perseverance, endurance and liberation from the commonplace material existence while Venus signifies luxuries, material comforts, passion, sensuality and possessions. Saturn in Taurus natives to find themselves in conflict between these two forces. They would like to be spiritually liberated however they like to possess materialistic items in abundance. They will be confused in choosing between detachment and pleasure. These natives tend to have a strong desire for emotional as well as financial security in order to be happy and comfortable.

Saturn in Taurus natives tend to be very cautious with money matters. Hence, they will be thrifty who will not spend on unnecessary items. These individuals are very disciplined and patient who have the tenacity to endure the harsh realities of life. These natives tend to work hard for success. They are very clever and strategic thinkers who will do brilliantly well in the fields of business and politics. This placement tends to bestow its natives with increased sensuality. These natives tend to be very tactful in love which enables them to go to any great lengths to win the heart of the person they want. This is mainly due to the strong influence of Venus, which is the planet of love.

Ancient Vedic astrology sources indicate that these natives tend to face many obstacles during the process of attainment of wealth and riches. Since Saturn is considered as the most unforgiving, difficult and harsh planet in Vedic astrology, it naturally gives trials, delays and obstacles. Since it is placed in the sign of wealth, Taurus, it creates obstacles regarding wealth. Hence, these natives might be forced to suffer financial hardships. If Venus is well placed, then these natives will experience much success in the later part of their lives since they tend to struggle in the initial part of their lives.

Saturn in Taurus natives are blessed with strong foresight. Hence, these natives tend to have great planning abilities which helps them to overcome financial difficulties. In addition to this, their slow, practical and cautious manner will help these natives achieve success on account of having a good planning strategy.

Saturn in Taurus placement tends to make these natives harsh in speaking as per the ancient Vedic astrology sources. Since Saturn is a natural malefic and in Taurus, the sign which represents speech, it is able to give this influence. Hence, these natives tend to have a harsh, rude and cruel way of expressing themselves in speech which also makes them use base words.

Many ancient astrology texts state that Saturn in Taurus natives tend to get attracted to much older partners than themselves. This can be attributed to both planets, Saturn and Taurus. Saturn signifies everything old while Taurus is the planet of love. However, if Venus is ill-placed and damaged, then these natives can be attracted to sinful partners and will try to desire the wealth of their partners.

Saturn in Taurus natives are fixed about their goals and tend to think carefully before taking any action. This trait makes them reach their desired heights and goals eventually even though they have encountered hardships initially in their lives. This trait is provided by Saturn which indicates hard work, perseverance, persistence, precision and durability. When these traits are combined with fixed earth sign like Taurus, it tends to bring out strong and positive results regarding persistence, endurance and determination. Saturn is generally considered as the planet of delay and obstacles. It is the presence of these obstacles and hindrances which make these natives very determined and persistent. These natives tend to evolve and become stronger each time they overcome any hindrance. This attribute is enabled by the slow moving and calculative Saturn which creates obstacles and obstructions in the lifepath of these natives. They are endowed with a fixed disposition, strong will power, and determination which empowers them to overcome any obstacles in life.

Saturn in Taurus natives tend to be very reliable individuals who are extremely steady and focused on their goals. Saturn in Taurus forms a 5th disposition from its own sign, Capricorn, increases stability in these individuals. It also indicates that these natives will be knowledgeable about the laws, rules and regulations which they follow with utmost respect. These individuals are known to be naturally intelligent regarding various regulations which helps them to be successful in their undertakings. Since these natives tend to be respectful towards societal norms and rules, these individuals will be well recognized and famous in their society. These natives have a huge potential to become rich and prosperous in their life. They are also endowed with efficient financial management skills even when they are going through trials and tribulations.