Saturn in Aries or Saturn in Mesh Rashi 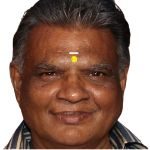 Saturn is strongly inimical towards Mars which is the ruling planet of Aries. Saturn is also debilitated in Aries, which makes this position unfavourable and inauspicious for these natives. If this placement is placed in the 7th house which indicates marriage and partner, then these natives will either face delay in marriage or problems in their marital life. This placement also tends to increase the level of aggression in the behaviour of its natives.

Saturn in Aries tend to struggle in terms of enjoyment, contentment and satisfaction in their relationships. They often face a lot of obstacles, hindrances and delays in their progress. These natives are quite anxious and stressful in life as well due to numerous obstacles they encounter on a daily basis. These natives are endowed with leadership skills; however, they tend to suffer a lot in leadership positions. It can be due to the misunderstanding between themselves and their subordinates or followers. These natives are hard working in nature, but they can be mischievous in their ways. They also tend to involve themselves in illicit or illegal activities and can be sinful, wicked and envious. These natives are sometimes unreliable and often are blamed for their own wrongdoings.

Saturn in Aries natives are generally resistant to change. These individuals are also known to be mean and often struggle to start or initiate things. Saturn is a slow-moving planet that often does everything cautious and deliberately in a calculative manner. However, Aries is a fiery yet impulsive sign which cannot bear slow movement of Saturn and hence, it will require Saturn to think, move and act faster.  At the same time, Saturn restricts the impulsiveness and eagerness of the action of Aries. Hence, this placement creates a life filled with lots of struggle and hard work. These natives will experience significant delays and missed opportunities due to their inability to act.

Since Saturn is placed in 4th from its own sign Capricorn, it tends to create a lot of stress and tension in the minds of these natives as 4th house signifies the peace of mind. Hence, a debilitated Saturn tends to take peace of mind away and creates feelings of anxiety, uncertainty, and the fear of the future. These natives tend to be rigid and resistant to change. Individuals born under this placement are prone to break rules and disrespect traditions. This is mainly due to the effect of a fallen Saturn which casts a negative aspect on Libra, which indicates balance, law and regulations. Saturn represents everything ancient, traditional and classical while Aries signifies birth and everything new. Hence, these natives tend to leave their traditions behind and follow a whole new path in life while breaking the rules at the same time. These natives do express their annoyances in an aggressive manner when the old traditional values are restored. They will attempt to create a change by adopting new and unconventional methods thus earning them the “rebel” tag. Hence, these natives tend to struggle in moving forward as there will be plenty of obstacles and hindrances. Their hesitant nature enables these natives to take extreme measures such as breaking the law, betraying society and home country in order to achieve their desires.

Saturn in Aries tend to lack direction and purpose in their lives. They also lack the motivation, drive and the power to set clear goals and find direction in their lives. Hence, these natives tend to wander in life rather aimlessly. These natives can also be irresponsible since they often struggle to find meaning in everything. This tendency causes them to quit on others and their obligations easily. This also indicates that they might betray their friends and family members for their selfish benefits or purposes without considering ethics and morals. This also leads to creating gossips, controversies, conspiracies and spreading malice against others. In doing such aforementioned activities, these natives will become wicked and hypocritical.

Since Saturn is debilitated in Aries, these natives will be forced to work hard and face struggles in their relationships. Due to their inherent irresponsible nature, these natives will often face troubles with their authorities or leaders. Saturn in Aries forms a 4th disposition which indicates affection from mother, as 4th represents mother. Due to fallen or debilitated Saturn, these natives will experience detachment from their mother due to some serious issues between each other. There is also a 3rd disposition which indicates younger siblings; hence, these natives will have troubles with them as well due to the fallen position of Saturn. These natives tend to have weak judgment abilities due to debilitated Saturn. This also indicates that they will be naturally inclined towards unethical and immoral decisions which will also enable them to commit immoral activities in their lives. However, a strong or dignified Saturn can make these natives truthful, ethical and righteous in life.