Mars in Virgo or Mars in Kanya Rashi 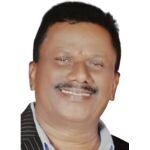 Virgo is a mutable earth sign ruled by Mercury which shares an inimical relationship with Mars. While Mars is a fiery masculine planet that is associated with passion, ambition and energy, Mercury is a neutral earthy planet which signifies intellect and wisdom. Since Mars indicates weapons and Mercury denotes concentration, a meeting of their energies in Virgo makes these natives skilful in fields such as medicine, nursing and surgery. These natives tend to have a strong sex drive. This placement also blesses its natives with the knowledge of writing and poetry. They will also do well in mechanical fields like oil and petroleum industry, vehicle manufacturing and gadgets production industry.

Mercury tones down the aggression of Mars. Hence, these natives tend to have a sweet and amiable disposition. They plan their projects, tasks or ventures carefully before making any decisions. They will also have the potential to earn a lot of fame in life. They are very dedicated in their professional life. They have keen observation skills coupled with an exceptional attention to detail. They have an energetic mentality which can make them very argumentative. Hence, they can be demanding and intolerant which affect their social image and reputation.

Virgo is a 6th Zodiac sign which signifies details and perfection. Mars in Virgo forms a 6th disposition which enhances these Virgoan traits. Mars is the planet of action which gives the drive to strive for perfection in everything they do. Hence, Mars in Virgo natives tend to be very accurate in every task they undertake. They will be disappointed when they don’t see the desired level of perfection in their work. A dignified Mercury supports Mars in Virgo by providing the intelligence and wisdom to handle tasks through efficient organizing ability. However, an undignified Mercury will reduce their skills of organizing which invariably decreases their general effectiveness in their tasks.

Mars in Virgo natives tend to criticize others often. This is mainly due to the critical nature of Virgo and the 6th disposition which is formed from this placement. This intentional criticism is often motivated by their fear of opposition, insecurities and thoughts of inability to beat the competition. Their inability to empathize or motivate others can sometimes destroy their ability to lead the tea, effectively especially when they are in leadership positions. Their constant criticism can demotivate their subordinates. However, if Mercury is dignified, then these natives will be endowed with strong cognitive abilities which will aid them to overcome their insecurities, hidden fears and inferior complexes.  Since these natives have a strong analytical mindset, they will do well in careers that make use of this trait. Computer programming, logistics, software architecture and robotics are some of the fields in which these natives can thrive.

Ancient Vedic scriptures state that Mars in Virgo natives lack courage, valour, physical strength and bravery. This is mainly due to the weakened Mars being placed in its enemy sign which results in loss of strength and courage. Hence, these natives are fearful of their enemies. Mars in Virgo forms a 6th disposition which represent enemies, hindrances, disputes and obstacles. This also indicates that these natives have an increased number of challenges, enemies and obstacles throughout life. Hence, they tend to be constantly alert and keep strict attention to every detail in their work life or any project. This also makes these natives hesitant and cautious. They also tend to achieve success much later in life due to their inherent nature to procrastinate whenever they face obstacles or challenges. However, a strong Mercury endows these natives with intelligence and wisdom to overcome their obstacles and defeat their opponents.

Mars in Virgo natives tend to experience a delay in fulfilment of their highest aspirations. This is mainly due to the negatively manifested 11th disposition caused by undignified Mars in Virgo. This delay can also be due to increased focus on materialistic matters than higher values. However, if Mercury is dignified and strong, then these natives will be able to have their desires and high aspirations fulfilled. Mercury gives them the adaptability to learn from their past mistakes and help them onward towards achieving their goals. They have strong analytical skills which will enable them to take wise investment decisions by leveraging loans and funds.

According to ancient classics, Mars in Virgo natives are well learned in various arts, including various ancient topics. Mars in Virgo empowers its natives to learn new skills and become well learned. Mercury signifies the intelligence and skills of various sciences. The mutable nature of Virgo gives a flexible mindset so that these natives will be able to question their own ways of thinking, abilities, skill and motives. Hence, they will be able to critically evaluate themselves in the right manner. It also indicates that these natives will be willing to accept criticism from others so that they can improve themselves.