Mars in Capricorn or Mars in Makar Rashi 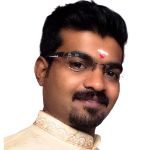 Mars is in exalted position in Capricorn. Saturn which is the ruling planet of Capricorn shares an inimical relationship with Mars. Mars is uninhibited energy while Saturn causes delays and difficulties. Hence, Mars in Capricorn natives struggle to channelize their energy in the correct direction which may often leave them frustrated. Hence, these natives tend to be harsh, inactive, and aggressive in nature. They are shy and reserved in nature. They are fond of gossips and hence cannot keep secrets. This trait can impact their relationships with their friends and family as it can lead to damaging consequences.

Mars in Capricorn individuals are physically and mentally strong individuals, but they are emotionally weak which can negatively affect their relationships. These natives tend to be hard working, persistent and determined, however, they do not get to enjoy the fruits of their labour immediately. Even though they struggle with emotional areas of their life, they will do extremely well in professional area of their life. They are career driven and ambitious with an intense urge for acquiring material possessions and comforts. These natives often tend to serve others for a long period of time rather than starting something on their own. This placement tends to deprive its natives of important virtues to be emotionally satisfied.

As per the ancient scriptures of Vedic astrology, people with exalted Mars in Capricorn are naturally fortunate in matters of wealth and materialistic gains. A strong Mars blesses its natives with enormous wealth which helps them to enjoy a lot of materialistic enjoyments. Exalted Mars in Capricorn bestows its natives with plenteous amounts of success in any field of activity. They have the potential to earn abundant fame and reputation. These natives are respected by masses for their brilliant character traits of having the drive and the energy to achieve their dreams, aims, goals and ambitions. They will be influential as well as inspirational to the people around them. These natives have the ability to become wealthy, successful and famous. Mars in Capricorn produces a 10th disposition which indicates lots of opportunities to soar high in life. A strong and dignified Saturn enhances these effects since Saturn is the natural occupant of the 10th house which represents high ambitions and great achievements.

Ancient Vedic astrology classics state that Mars in Capricorn natives are blessed with immense intelligence and an optimistic mentality. This is provided by strong Mars which signifies intelligence and mental patterns. These natives are endowed with a strong, driven and persistent mentality which is ably supported by great intelligence. This persistence can be attributed to the 10th disposition which indicates endurance, persistence and a perfect order. Hence, these natives have the ability to persist under tough and difficult circumstances. They have a strong belief in their abilities which helps them to overcome obstacles in their life and then become successful. These natives have amazing organizational skills in which they strive to attain a perfect order in every task they perform. They tend to do this in order to avoid waste of energy and obtain efficient results. Mars in Capricorn natives produces a 3rd disposition which signifies efforts and skills endows them with the ability to initiate new projects, movements and ventures with self-made efforts. A dignified Saturn magnifies this effect by providing a mature and humanistic way of thinking which influences their actions and decisions in a positive manner.

Mars in Capricorn placement ensures that its natives will be victorious. It also bestows victory in various kinds of disputes, fights, debates, arguments and litigation. Since these individuals are naturally fearless, brave, and strong both and physically which enables them to defeat their opponents.  A strong yet dignified Saturn in this placement will help these natives in obtaining victories easily and effortlessly. They also tend to perform their actions based on law, truth and justice which helps them to get incredible support society. These natives tend to be dominating, commanding and assertive in nature. This makes them natural leaders. This can also be attributed to the fact that Mars is the planet of leaders as it rules the first zodiac sign of leadership which is Aries. Hence, Mars in Capricorn natives tend to be naturally driven, enterprising and motivated. They have an inherent courage to lead large groups of people towards success. They are also very independent in their thought, attitude and behaviour.

Mars in Capricorn natives are known to be gentle, kind and protective. Mars is considered as a protector both astrologically and astronomically since astronomers at NASA have confirmed that Mars protects Earth from various objects. Hence, individuals with Mars in Capricorn tend to be very protective in nature. They are always ready to protect their loved ones from any danger. These natives tend to be dutiful and carry out their responsibilities with utmost seriousness.