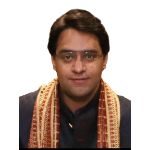 Scorpio is a fixed water sign, ruled by Mars, a fiery planet, which shares a friendly relationship with Jupiter. Jupiter also considers Mars as a friend. Hence, these natives tend to be very balanced. Jupiter in Scorpio natives go about their tasks in a very serious and secretive manner. These individuals are passionate and determined as well. They are tenacious and persistent in attaining the goals which they have set for themselves.

Jupiter in Scorpio natives can also be vert tactful in their approach. However, there is a jealous streak to their behaviour. They have high levels of self-confidence and are often proud of themselves. This makes them appear selfish to others. They are so poised, balanced and elegant that others might not even understand their hidden motives and intentions. These natives are endowed with a strong intellect as well as a flair for business. These natives tend to perform exceptionally well in areas that require deep research like biotechnology, artificial intelligence, nanotechnology, medicine, and so on. These natives will possess excellent financial management skills and entrepreneurial skills. They have exceptional knowledge in the fields of spirituality, philosophy and religion; however, they are very secretive about it.

Ancient Vedic astrology scriptures state that these natives tend to follow an aggressive style of leadership. Scorpio is an aggressive sign ruled by the planet of leaders of warriors, Mars. Since Jupiter expands the significations of Scorpio and Mars, it makes them natives extremely efficient and courageous in environments which require the use of force, courage and aggression. Hence, these natives will do well in police, firefighting and military fields.

Jupiter in Scorpio natives have great potential to become spiritual and religious warriors as per the principles of Vedic astrology. Their fiery traits are given by Mars which is the lord of Scorpio. They are fiery yet righteous and aggressive yet kind in their approach. Since Jupiter, a planet of righteousness gains a lot of power in Scorpio ruled by Mars, these natives tend to be very energetic in performing noble deeds backed by pious motives. They have an intense desire to perform charitable acts for a higher purpose. These natives are very charitable, and they tend to spend a lot of expenses on noble deeds and charities.

Jupiter in Scorpio natives have a natural talent for occult sciences like Tarot, Astrology, and the like. Since Jupiter is a planet of expansion, these natives will have an in-depth knowledge and understanding of various occult topics like astrology, palmistry, numerology, and tarot. The natural attributes of Scorpio bestow its natives with a strong intuition. This also helps them to sense and understand the ulterior motives and hidden intentions of others around them. These natives have clairvoyant abilities in which they are able to predict events before they occur.

Scorpio is a sign which is known for its heavy sexual appetite. Jupiter increases this signification of Scorpio. Hence, these natives to be extremely sensual fond of passionate physical activities. Sometimes, these natives tend to have excessive amounts of sensual desires that may lead to many physical relations. However, they are very fortunate regarding the fulfilment of their sensual desires.

Jupiter is the natural ruler of the 12th house while Scorpio is the natural occupant of the 8th house. Both these planets are related to salvation or redemption as per the ancient Vedic astrology. Hence, these natives tend to be spiritually evolved when compared to the people around them. They have remarkable spiritual growth after experiencing many struggles which ultimately leads to the transformation of the souls. Hence, these natives attain higher wisdom from Jupiter and gain the strength of Mars which enables them to become spiritually refined and evolved. They can recover from any trouble or hardships like the mythical bird, Phoenix which rises from its own ashes. These natives are also fortunate regarding the matters of spirituality. These natives possess a broad understanding of ancient religious texts and scriptures.

Jupiter in Scorpio natives tend to get unexpected gains through losses or obstacles. This indicates that they will have work hard or struggle or endure much suffering in order to get the desired results. These natives perform the best when they are subject to difficult conditions and tough circumstances. These hindrances only make them stronger in face of such troublesome situations. They have high chances of obtaining hidden or unexpected treasure in the form of lottery or inheritance. These natives are also blessed with good financial management skills which means that they will make use of their money wisely. They will also be interested in long-term investments which will eventually bring them manifold returns and benefits in the future. These natives tend to be disciplined and self-controlled in their approach towards making financial decisions. These natives also tend to perform exceptionally well in speculation since they have an excellent intuition and a sharp intellect.